West Ham prospect Nathan Holland could be on his way to League One on loan, according to ExWHUEmployee.

The insider source claimed that the 22-year-old could be shipped out in search of more senior minutes in what could be a huge litmus test of his potential.

ExWHUEmployee claimed that Hull City and Holland’s former club Oxford United are leading the race for his signature.

The former Everton youngster has only just returned to full fitness after suffering a severe injury during his loan spell at Oxford last season, with one source claiming he was impressing greatly at the Kassam Stadium before injury curtailed his progress.

Operating as a winger, it seems unlikely that Holland will get a chance to seriously impact David Moyes’ thinking at West Ham, who possess a wealth of options out wide.

Pablo Fornals, Said Benrahma, Jarrod Bowen and Andriy Yarmolenko are just some of the first team options ahead of the 22-year-old in the Irons pecking order, so he could find his chances of regular minutes very much limited at the London Stadium.

A loan deal to League One would represent more of a resumption of his curtailed progress there than anything else.

Oxford United could be an ideal destination for that reason, although any club where he would get regular opportunities is a good enough place for him to thrive.

At 22, Holland won’t be an up-and-coming prospect for much longer, so a decision needs to be made soon as to whether he has the potential to make it in the Premier League. 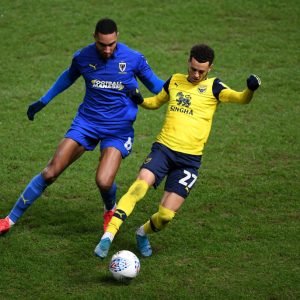 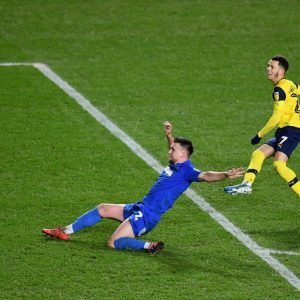