The 24-year-old was a surprise star at the tail end of the 2020/21 campaign as the then defending Premier League champions rallied to finish third.

Thrown into the side on the back of a string of crippling defensive injuries, Phillips shone at the heart of an often makeshift defence.

Now, as Liverpool welcome star names back to fitness and add Ibrahima Konate to their ranks, the centre-back has an uncertain future.

According to a report from The Athletic, as cited by Anfield Watch on Twitter, the Hammers and a host of other top clubs have made their admiration known.

The report claims the no-nonsense defender is valued at around the £15million mark and bids in that region could force a sale.

Described as a ‘monster’ by Jurgen Klopp, the 6’2 ace was almost as impressive during three Champions League outings.

Signing a central defender is certainly high on David Moyes’ list of priorities at the London Stadium this summer following Fabian Balbuena’s exit.

Given the relatively small sample size of Phillips in the top flight, it’s difficult to suggest the Englishman would be the ideal candidate.

However, having sufficiently impressed to forge a career, the Irons could certainly do a lot worse for the mooted fee.

A threat in both boxes, Moyes should seriously consider meeting the £15million asking price. 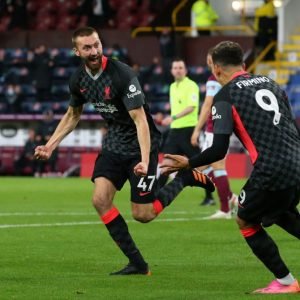 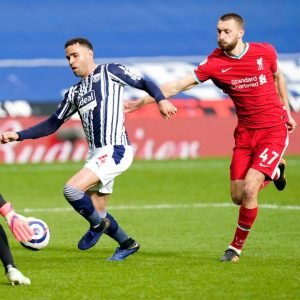