West Ham are reportedly interested in making a move for Liverpool defender Nat Phillips this summer.

Irons’ boss David Moyes is on the lookout for an additional centre-back this summer after Fabian Balbuena left the club as a free agent.

However, the Hammers won’t have a free run at Phillips as Bayer Leverkusen, Brighton, Burnley and Newcastle have also been credited with holding an admiration.

This comes from a report from Sky Sports News (15:33), as cited by From The Anvil – West Ham on Twitter.

The report claims that the Irons will only move for the 24-year-old should another defender leave the London Stadium.

Phillips came to the fore last season on Merseyside as Liverpool lost all senior centre-backs.

Hailed as ‘unbelievable’ by Jamie Redknapp, the ace earned an impressive average Sofascore rating of 7.19 from 17 Premier League appearances.

Valued at £7.2million and under contract until 2023 (Transfermarkt), Liverpool are demanding a fee in the region of £15million for the Bolton-born defender.

Phillips would certainly provide a worthwhile and above all else, affordable option to bolster Moyes’ ranks, especailly as the club embarks on a Europa League campaign and the additional demands brought by Thursday night football. 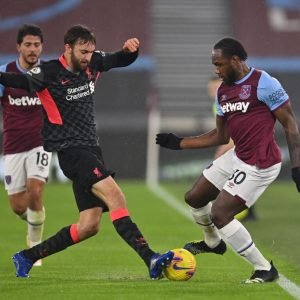 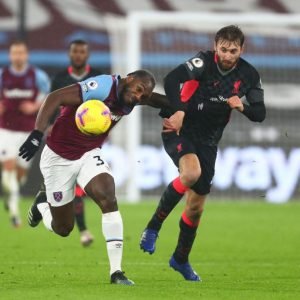