West Ham may have been handed a transfer boost as reported target Sam Johnstone sees a dramatic drop in price tag.

The Hammers are well known to be in the market for a goalkeeper this summer and had been heavily linked with a move for Paris Saint-Germain stopper Alphonse Areola.

However, West Brom ace Johnstone had originally been the main target for the Irons.

According to a report from The Athletic, as cited by West Ham Fan Zone on Twitter, the recently released Baggies have slashed the 28-year-old’s valuation.

Twitter: West Brom are now willing to lower their asking price for Sam Johnstone, as they attempt to sell him this summer.… https://t.co/n6jgUCPpym (@WHUFCFZ)

The report also mentions interest from North London rivals Tottenham and Arsenal whilst a fresh claim from Football Insider says that the Irons have made an £11million bid for the England man.

Despite battling against the drop all season and ultimately falling into the Championship, Johnstone was a beacon of light in the Midlands and earned an impressive 7.03 Sofascore rating for his efforts across 37 Premier League outings.

Valued at £7.2million and in the final 12 months of a contract at the Hawthorns (Transfermarkt), the new fee is far more reasonable than the previously mooted £20million demand.

Having recently earned senior England recognition, Johnstone’s stock is certainly on the rise as he enters the peak age for a ‘keeper.

Likely to usurp both Lukasz Fabianski and Darren Randolph based on form from last season, David Moyes would certainly be making a definitive statement in making this deal happen.

Would Sam Johnstone Replace Lukasz Fabianski As Number One? 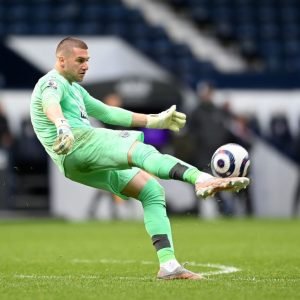 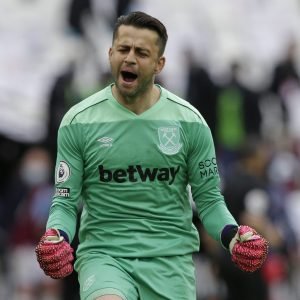