West Ham are believed to be interested in talented Hibernian full-back Josh Doig.

It’s widely expected David Moyes will look to sign an understudy to the evergreen Aaron Cresswell this summer and having missed out on Junior Firpo, attentions could turn to the 19-year-old Scot.

Originally reported by The Times over the weekend, now reliable club insider ExWHUemployee has thrown more weight behind the perceived interest from east London.

Speaking to the renowned West Ham Way podcast, as cited by Hammers Updates on Twitter, Ex confirmed there is indeed an admiration from Moyes and co.

The initial report also claims city rivals Arsenal are keen on the highly-rated teenager, who was once described as ‘excellent’ by manager Jack Ross.

Doig enjoyed a breakthrough campaign in 2020/21, making 24 Scottish Premiership appearances, contributing one goal and four assists in the process.

Valued at £3.6million and under contract until 2025 at Easter Road (Transfermarkt), a mooted £5million asking price would be a bargain deal.

In truth, Moyes doesn’t need to find a first-choice left-back just yet, with Cresswell still suitably impressing in the role.

Therefore, signing someone of Doig’s ilk, potential and age would be a shrewd move from the Hammers.

Scotland have developed somewhat of a penchant for producing world-class left-backs in recent years – Doig could be set to follow in Andy Robertson and Kieran Tierney’s footsteps by moving to England. 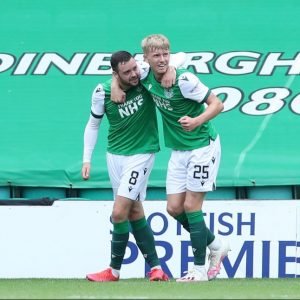 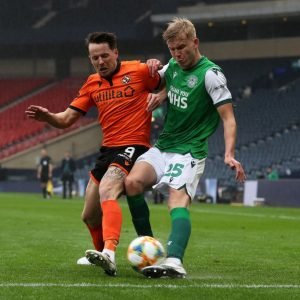