West Ham are believed to have made an initial offer for Barcelona left-back Junior Firpo.

The Hammers have been long since touted as admirers of the left-back and David Moyes could make the 24-year-old a priority signing this summer.

However, there is competition from Italian giants AC Milan for the signature and there is a fear Firpo may prefer the idea of a switch to the San Siro.

This is according to a report from Mundo Deportivo (print edition, June 24th, page 18), as cited by West Ham Central on Twitter.

Twitter: West Ham have made an offer for Barcelona left-back Junior Firpo according to a report from Mundo Deportivo https://t.co/RWTPS7Iqcf (@WestHam_Central)

The report claims Milan are keen on a loan move with an option to buy whilst the Irons are capable of signing the ace on a permanent basis – a deal preferred by the Catalan club.

During 2020/21, Firpo made just 18 appearances for Barcelona across all competitions.

Valued at £7.2million and under contract until 2024 in Spain (Transfermarkt), it has previously been reported that the Spanish youth international will be available for around £13million this summer.

Despite boasting the evergreen Aaron Cresswell, starlet Ben Johnson and the versatile Arthur Masuaku as options at the London Stadium, Moyes has been desperate to bolster the left side of the defence.

Capable of playing on either side as a full-back or wing-back and in central positions, Firpo is a viable option to strengthen numerous areas.

Landing the ace ahead of a club like AC Milan would also be a strong indication of the gravitas currently held in east London. 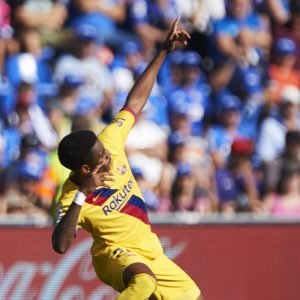 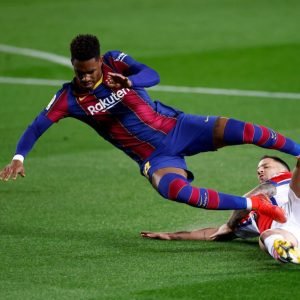