The Hammers face Premier League competition for the Nigerian and are said to be in a ‘straight battle’ with Brighton & Hove Albion for the 27-year-old.

This is according to a report from OwnGoalNigeria, as cited by Sport Witness on Twitter.

The report claims a switch to England would be a ‘dream move’ for the former FC Midtjylland man and West Ham are currently in ‘pole’ position to land the £26million rated striker.

Capped 10 times by Nigeria, Onuachu was in sublime form during 2020/21 – scoring 35 goals and registering another five assists in 41 outings.

Described as a ‘goal king’ by former Premier League forward John Fashanu, the 6’6 ace has burst onto the scene in the last 18 months.

Valued at £18million and under contract in Belgium until 2024 (Transfermarkt), the mooted £26million price tag represents impressive value for money.

Adept in front of goal both with feet and aerially, the Nigerian would provide an impressive foil for Michail Antonio whilst also being capable of operating as a lone frontman.

Currently unknown to the league, Onuachu would likely relish the opportunity to ruffle a few feathers amongst the elite. 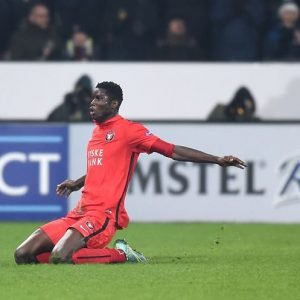 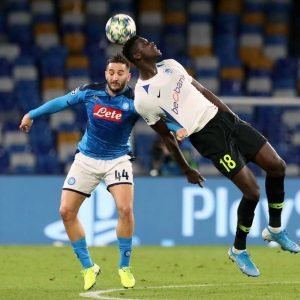