The 22-year-old Hammer has been linked with a big-money switch to Manchester in recent months, albeit there is no indication the east Londoners would sell.

Captaining David Moyes’ side for much of the recently completed domestic campaign to a Europa League spot, Rice is now continuing to impress with England at Euro 2020.

However, despite the links and the midfielders quality, eight times Premier League champion Butt has questioned the sense in his former club chasing Rice, as per the Daily Star.

I think Man United are solid enough in midfield. I keep hearing things about Declan Rice, but is he a better player than Scott McTominay? I’m not sure; I think with McTominay, Paul Pogba and obviously Bruno Fernandes, we’re in a good place in the middle of the park.

Rice earned an average Sofascore rating of 7.08 in 32 league outings last term, level with McTominay’s average from the same amount of appearances.

Both players are thriving for both club and country, however, it’s unlikely many Hammers would swap Rice for McTominay.

West Ham will be delighted were no concrete interest to arrive this summer, especially offers that would be difficult to refuse.

Moyes has built a squad to compete in the upper echelons domestically, something that always seemed necessary in order to meet Rice’s ambitions.

Now the next step is Europe and silverware, two things that remain possible with the star in the ranks.

Who Would You Rather Have? 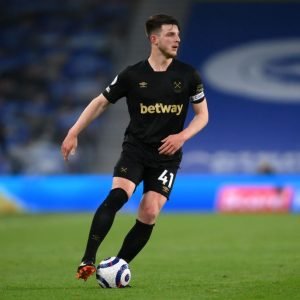 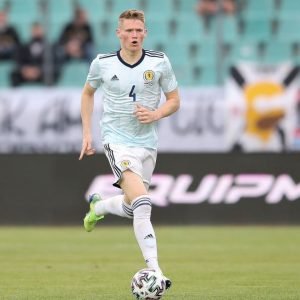