The Three Lions struggled to create chances at a rain-soaked Wembley as manager Gareth Southgate started with much of the same team that beat Croatia.

That meant Rice featured at the base of the midfield alongside Leeds United star Kalvin Phillips – a partnership that dovetailed so efficiently in the opening group game.

However, Keane, who was working for ITV on the match coverage, seemed to single out the 22-year-old Hammer for criticism.

They’re all taking too many touches at the back. Rice is coming back, doing nothing. He’s coming back and giving sidewards passes. Not good enough.

Whilst Rice wasn’t at his swashbuckling best, it was by no means a dreadful performance from the Iron.

During a 90 minute display, the 18-cap ace completed 95 perfect of all passes, blocked one shot, and had 74 touches all told (Sofascore).

However, perhaps more tellingly – Rice only won one of six duels all evening – losing all four in the air.

Let’s be honest, nobody came out of the match with particularly high marks – especially from former Republic of Ireland man Keane.

England still remains very much in pole position to qualify and Rice has more than enough credit in the bank from international and club displays to remain in the best XI.

Southgate’s side will need to improve across the board if they are going to feature deep into the tournament.

Should Rice keep his place in the side, he will come against a familiar face as England face a Czech Republic side containing Tomas Soucek and Vladimir Coufal.

Should Declan Rice Start Against The Czech Republic? 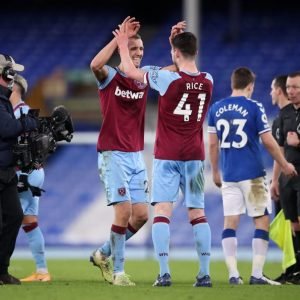 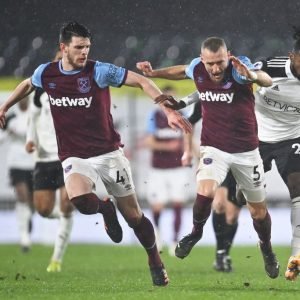