This comes after reports suggested the 28-year-old may demand a pay rise to become a permanent member of the Hammers squad at the London Stadium.

David Moyes has spoken of a desire to make Lingard an Iron this summer after the attacking midfielder enjoyed a phenomenal resurgence in east London.

Despite all parties seemingly being keen on making a deal happen, the wage demands could prove to be a sticking point.

Mills has told Football Insider that the hierarchy shouldn’t be looking to make Lingard a top-earner.

I think they’ll look at it and say ‘You’ve had a fabulous six months and you’ve been re-energised but you were trying to prove yourself.’ Before that, I know there were certain issues around it, but he hadn’t had a good spell for a couple of seasons. You always have in the back of your mind ‘What if it happens again? What if we throw all our money at it and then that happens?’ I’m sure there’s a deal to be done with bonuses and incentives and that sort of thing. Of course he’s going to ask to be one of the best-paid players because his stock is high at the moment. But can you expect to be paid more than Declan Rice for example? No, you can’t.

The 44-year-old went on to claim there was a danger of putting ‘noses put out of joint’ in the squad should Lingard arrive as a top-earner.

Signing the Englishman this summer must surely remain high on the list of priorities this summer.

However, whether or not the club should break the bank in order to do so is another question.

Bringing payers in on lofty wages may bring additional demands from the likes of Declan Rice and Tomas Soucek, something that in the long run could affect transfer spending.

That’s not to say the club shouldn’t be doing all they can in order to land the 29-cap ace.

Should West Ham Go All Out For Jesse Lingard? 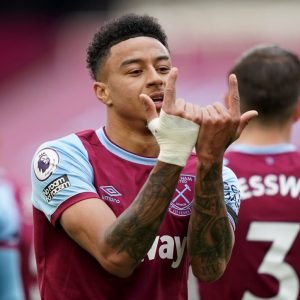 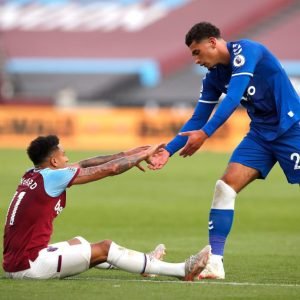