West Ham manager David Moyes made no secret of a desire to sign Jesse Lingard on a permanent basis after a successful spell in east London.

After narrowly missing out on the England squad, the loan sensation will make a decision regarding any summer move next month.

That’s according to a report from the Daily Mail, as cited by West Ham News on Twitter.

The report claims the 28-year-old attacking midfielder will mull over the options and make a firm decision in July – with the possibility of a stay at Old Trafford seemingly still on the table.

Despite failing to play a single minute of Premier League football in the first half of the 2020/21 campaign, Lingard hit the ground running at the London Stadium and fished the season with nine goals and five assists in just 16 outings.

Signing Lingard remains high on the list of summer priorities for a majority of Hammers.

This is in no small part due to making such an impression with both on-field performances and off-field comradery.

The 29-cap ace appeared to immediately fit into the group and recent images of Lingard supporting the Three Lions whilst sporting a Declan Rice shirt only further cement the belief a permanent move to West Ham could be in the offing.

Valued at £19.8million (Transfermarkt), previous reports have claimed Manchester United will demand a fee in the region of £30million for the ace.

Should West Ham Go All Out For Jesse Lingard? 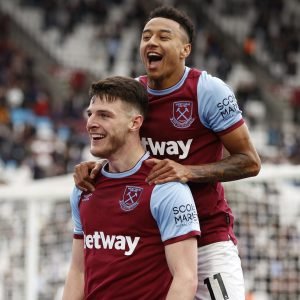 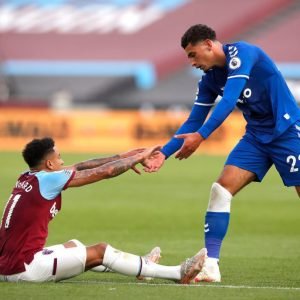