West Ham attacking midfielder Felipe Anderson could be set to bring an end to a disappointing time at the London Stadium this summer.

The 28-year-old Brazilian has recently returned to the Hammers after a season-long loan spell at FC Porto – making just 10 appearances across all competitions in Portugal.

Unlikely to win a place back in David Moyes’ plans in east London, according to a report from Tutto Mercato Web, as cited by West Ham Gossip on Twitter, new Lazio manager Maurizio Sarri could be keen on a reunion in Rome.

Twitter: West Ham United misfit Felipe Anderson could be set for a return to Lazio on a FREE TRANSFER as his disappointing s… https://t.co/H8G5sv4pNU (@westham_gossip)

Whilst there is no mention of a fee, or otherwise, in the report, it seems the Irons will be taking a major hit on the initial £35million club-record fee paid in 2018 (Telegraph).

Anderson could leave east London having made 72 appearances for the club – scoring 12 goals and completing 12 assists.

Selling the one-cap Brazil man seems a necessity this summer in order to both free up wages and rejuvenate the forward’s career.

However, valued at £9million (Transfermarkt) the West Ham hierarchy would be reticent to allow their man leave for free.

Recouping some of the money spent and being able to put that into the transfer kitty would provide a welcome boost to Moyes’ ability in the market. 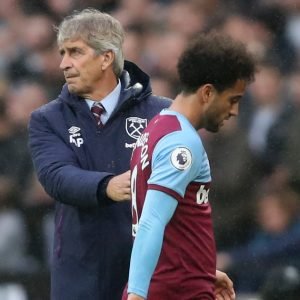 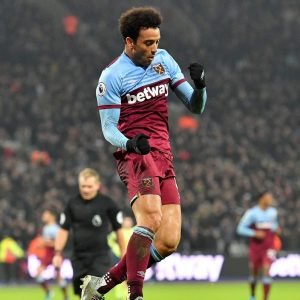