West Ham are believed to be taking an interest in Gent and Ukraine striker Roman Yaremchuk.

The Hammers have joined fellow Premier League clubs Wolves and Arsenal as well as Sevilla and Bayer Leverkusen in pursuing a potential deal worth £17million.

Currently away with his nation at the European Championships, the powerful Ukrainian powered home a header in Sunday’s 3-2 defeat at the hands of the Netherlands.

David Moyes is widely expected to prioritise a striker arrival in this transfer window in order to offer support and competition to Michail Antonio.

According to a report from The Express, as cited by West Ham Fan Zone on Twitter, the Irons could make a move for the 25-year-old this summer.

Yaremchuk was in inspired form during the recently completed 2020/21 campaign – netting 17 league goals and registering six assists as Gent finished seventh in the Jupiler Pro League.

Signing the 6’3 frontman ahead of fierce competition would be a huge coup for the Hammers.

Valued at £13.5million and under contract until 2025 in Belgium (Transfermarkt), the West Ham hierarchy would be right to pay the mooted £17million fee.

Capable of playing both as a central striker and wide left, Yaremchuk would provide additional options to Moyes’ squad.

Should West Ham Pursue A Move For Roman Yaremchuk? 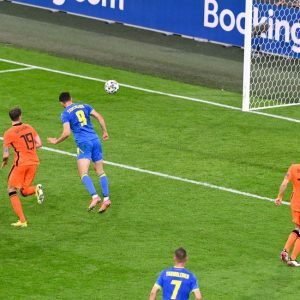 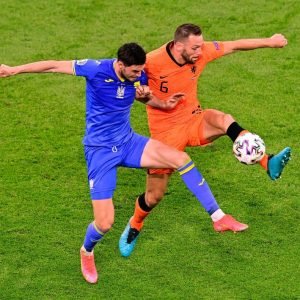