West Ham are believed to have entered the race for Fenerbache defender Attila Szalai.

Previously a target of fellow Premier League high-flyers Leicester City, the Hammers are now keen on the Hungary international.

Set to play a major role in the upcoming Euro 2020 tournament, the 23-year-old will face the might of Germany, France and Portugal in the coined ‘Group of Death’.

Both David Moyes and Brendan Rodgers could have an eye on how the Hungarian fares in the coming weeks.

That’s according to a report from Turkey’s NTV Spor, as cited by Sport Witness on Twitter.

Despite facing a stern test, impressive displays from the left-footed central defender could prompt Moyes into making a move, although it is claimed a ‘high-level’ offer would be required to land Szalai.

The 13-cap star enjoyed a superb 2020/21 campaign, scoring six and registering three assists from the defence in 41 appearances – earning an average Sofascore rating of 7.11 from 21 Super Lig outings.

Signing a central defender certainly seems to be high on the list of priorities at the London Stadium this summer.

Valued at £6.3million and under contract until 2025 in Turkey (Transfermarkt), offers in the region of £15million may be required to force the hand. 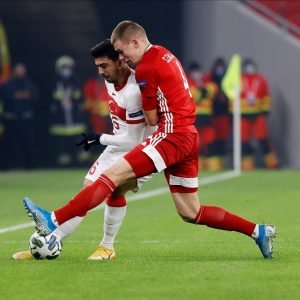 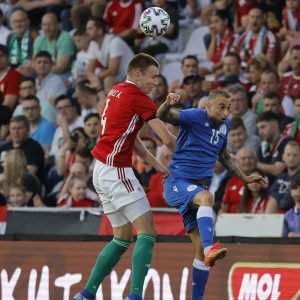