West Ham manager David Moyes will almost certainly prioritise a striker signing this summer and numerous names have already been thrown into the mix.

After making the decision to allow Sebastien Haller to leave the London Stadium for Ajax in January, the Hammers have been left with Michail Antonio as their only senior recognised frontman.

The likes of Tammy Abraham, Ivan Toney, Adam Armstrong and Youssef En-Nesyri have all been linked with the role previously.

However, each of those have their drawbacks and complications – leading to new frontmen being added seemingly all the while.

Now, a fresh report from Eurosport, as cited by West Ham Central on Twitter, has claimed West Ham will have £35million to spend on a new forward and Atalanta ace Duvan Zapata is the latest player to make the shortlist.

Twitter: West Ham will have £35m to spend on a new forward in the summer and Atalanta’s Duvan Zapata is the latest player to… https://t.co/IrlhS2cpnr (@WestHam_Central)

This season Zapata has scored 18 goals and registered 12 assists in 45 appearances across all competitions – taking the 16-cap Columbian to 95 career Serie A strikes.

Signing Zapata would have to be regarded as a major coup for the Irons.

A well established top-level striker, the £34.2million valued ace would likely hit the ground running in the Premier League and an adaptation period would be negligible.

Given Moyes recently ruled West Ham out of the running for a £40million Chelsea valuation on Abraham, a deal for Zapata would be within the same realms and could also prove difficult. 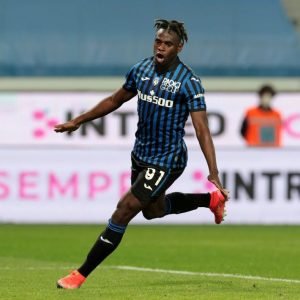 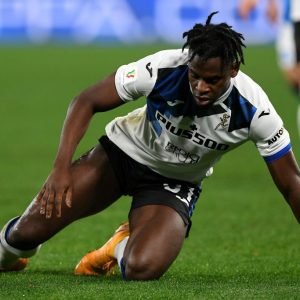