West Ham loanee Jesse Lingard has been the talk of much speculation ever since arriving in east London on a short-term loan deal.

Having spent the first half of the 2020/21 campaign out of the picture at parent club Manchester United, the 28-year-old has turned his season around since joining the Hammers.

Nine goals in just 13 Premier League games earned the attacking midfielder an England recall in March and has lead to discussions over where the ace’s future may lie beyond the end of the season.

Despite reports to the contrary, a fresh claim has emerged from Eurosport, as cited by West Ham Gossip on Twitter, claiming the Irons are now ‘likely’ to sign Lingard this summer.

Twitter: Jesse Lingard is likely to join West Ham United for around £25 million on wages worth around £100k-a-week.

Furthermore, ex-Manchester United defender Gary Neville has stated on the Sky Sports website that there is little desire at Old Trafford to see the Warrington-born ace return: “There’s a feeling that Jesse Lingard, having done really well at West Ham, could come back, but I think Ole will say ‘no’ and tell him to go and explore elsewhere.”

Signing Lingard would be the ideal starting point in terms of transfer business at the London Stadium this summer.

The 27-cap England man has seemingly found a home under David Moyes with the Hammers after enduring a difficult time.

Valued at £13.5million by Transmfermarkt, a transfer fee of almost double may seem excessive, however, given the impact made in the second half of the season, it’s one West Ham would surely be happy to part with. 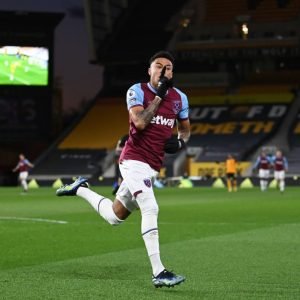 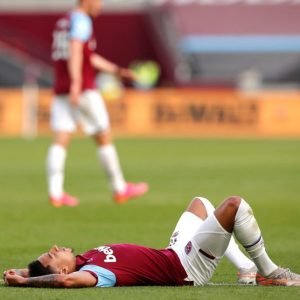