Former West Ham winger Trevor Sinclair has hailed what he described as a ‘special spirit’ within the current Hammers squad.

Speaking after the Irons kept alive their UEFA Champions League qualification hopes with a 2-1 victory over Burnley on Monday night, Sinclair praised the performance of Said Benrahma in particular.

The Algerian winger was afforded a rare start in David Moyes’ side and put in a stellar display – despite fasting for Ramadan, therefore being unable to take on food or drink prior to the fixture.

All that combined led Sinclair to tell talkSPORT Breakfast with Laura Woods (08:15, 04/05/21) that the squad at the London Stadium contains something very unique.

Benrahma, you see him coming off before the end and break his fast during Ramadan. You just think, there must be a special spirit in that group because he’s doing that on an empty stomach, he’s not even had a drink. To put in the performance that Benrahma put in, I thought he was exceptional.

Benrahma assisted Michail Antonio for what ultimately proved to be the matchwinner, earning an average Sofascore rating of 7.70 in the process.

There is no doubt Moyes and his coaching staff have instilled a superb team spirit in the ranks in east London.

Coupled with high quality and well-polished displays, the work ethic and willingness to battle for each other has certainly proven to be an important factor in what has been a markedly improved campaign.

As for Benrahma, having struggled to make the desired impact since arriving from Brentford – there’s hope last nights exploits will be a coming of age performance.

Has Said Benrahma Been A Success At West Ham? 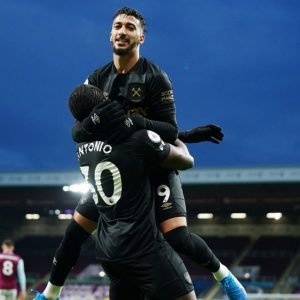 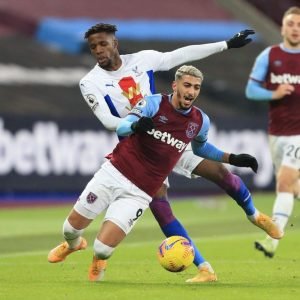