West Ham have teamed up with rock band Iron Maiden to release a new away kit and training range.

The link comes as frontman Steve Harris is a famous Hammer, who famously brandishes the club crest on his guitar.

Now, the band’s name appears on the club’s new away shirt as worn by forward, Said Benrahma in the promotions.

Twitter: Steve has teamed up with @WestHam to launch a new ‘Away Shirt’ & Training Range in the ‘Die With Your Boots On’ col… https://t.co/51xJwc5fsF (@IronMaiden)

It’s not yet clear whether the kit will become match worn but it is available for sale on both the band’s website as well as the club’s official site.

This isn’t the first time the two have teamed up, with another kit released back in 2019.

The Hammers will likely be releasing their kits for the 2021/22 campaign in the coming weeks, perhaps with a special UEFA Champions League edition in the pipeline.

Well why not, a famous world-renowned band jumping on the David Moyes led bandwagon.

Things are rosy for the Hammers on the field at the moment as the club potentially embarks on a European tour next season, with Iron Maiden lined up as a support act.

Will You Be Buying The New Concept Kit? 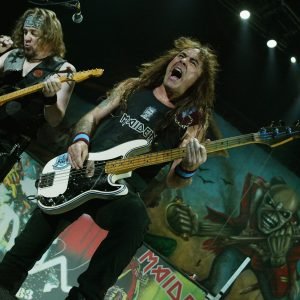 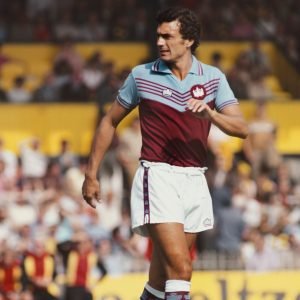