West Ham are lining up a summer bid for Stuttgart striker Sasa Kalajdzic according to a report from the Daily Mail.

The Hammers have been quoted £15million for the 6’5 Austrian, who the report claims is also being pursued by AS Roma and RB Leipzig.

Said to be ‘monitoring’ the 23-year-old, the Irons could look to make Kalajdzic their Sebastien Haller replacement this summer having failed to add cover for Michail Antonio in January.

In the time that has transpired since Haller’s departure, David Moyes has been forced to utilise Jarrod Bowen and Jesse Lingard as false nines with Antonio’s troublesome hamstring issues flaring up.

In this seasons German Bundesliga, the sought after frontman has scored 12 goals and assisted teammates on four occasions in 23 outings.

Often when a giant centre-forward comes around the first concern is whether they are technically profound as well as there obvious natural gifts – with Kalajdzic that certainly seems to be the case.

Six of the Austrian’s 13 goals have come via headers this term in all competitions, all whilst earning a highly impressive overall Sofasore rating of 7.14.

Despite what will be obvious connections to Haller’s time in east London when signing a powerful striker from Germany, at the reported £15m asking price and at just 23, this is as close to a no-brainer as West Ham may find. 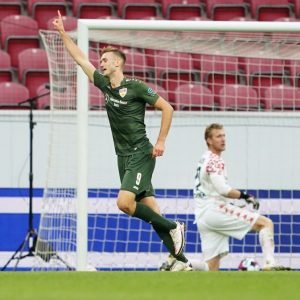 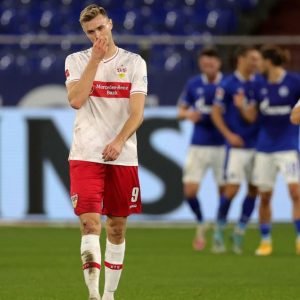