Reputable journalist Roshane Thomas of The Athletic has claimed that Josh King is the ‘most realistic’ January signing for West Ham as they go in desperate search of a striker before the end of the window.

With the transfer rumour mill in full swing, the Hammers have been linked with an abundance of centre-forwards in recent weeks. However, Thomas told this week’s U Irons podcast which of those is the most likely to be trotting out in claret and blue, revealing:

”The name I keep hearing is Josh King. He’s 28 and not the sort of younger player that Moyes has been going on about, he’s got previous experience playing in the Premier League, he can play a central role, he can play on the flanks and he’s the cheaper option as well because his contract expires this summer.”

David Moyes’ side are in greater need of a striker than ever before after Sebastien Haller left the club; and having been linked with the Norwegian for the last while, it’s unsurprising that the speculation would intensify this month.

King’s versatility sets him apart from the other centre-forward contenders to arrive at the London Stadium this month.

Having previously transformed Michail Antonio into an out-and-out striker who is now the ideal Moyes talisman, the West Ham manager may fancy doing something similar with the Bournemouth ace.

Would Josh King Be A Good Signing? 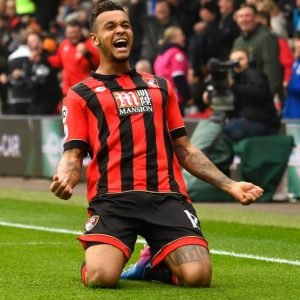 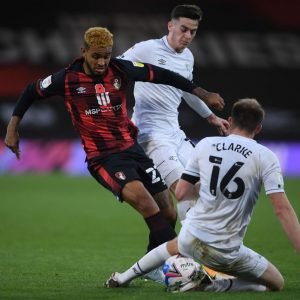