Former West Ham striker Tony Cottee has hailed the start made by the Hammers this season and believes that European football is within their grasp.

Cottee spoke to the Jim White show on talkSPORT (Monday 14 December 12.30) about his former club, hailing their “fantastic start” and claiming that Europa League qualification is a “realistic possibility” in 2021.

The 55-year-old also spoke about the well-publicised struggles of Sebastien Haller and as such named the missing ingredient from the current squad at the London Stadium.

He said: “The main thing their missing is someone that’s going to get 20 goals a season, hopefully, there’ll be a little bit of money in January for what they need in the window. Josh King is one name who has scored regular Premier League goals.”

Far from ousting regular frontman Michail Antonio, Cottee believes the 30-year-old is versatile enough to find a role elsewhere within the team, whilst keeping both Jarrod Bowen and Said Benrahma in the mix.

Finding a striker who guarantees 20 goals a season in the Premier League is no mean feat, a feat the aforementioned West Ham transfer target King has never managed, even if the Norweigan’s 16-goal season in 2016/17 was an achievement.

However, if the Irons could pull off the signing of a player who would even go close to that figure, it should be of great benefit to a hardworking, well-drilled team.

Antonio has plenty of attributes and has rightly become a mainstay in the Irons’ lineup, although he has never managed more than his 10-goal haul from last term in a single campaign. Haller netted  15 Bundesliga goals two seasons ago to earn him his move to West Ham, but he has flattered to deceive since then and his goals-per-game ratio is way down from his final season in Germany.

As for those Europa League claims – given the early stage of the campaign and the rollercoaster ride of many West Ham seasons – the less said about that, the better for now. 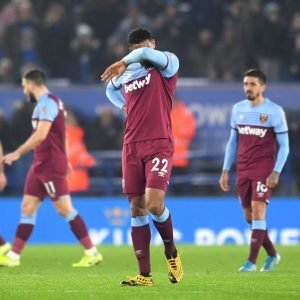 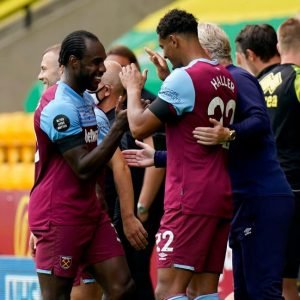