Sebastien Haller has described what he believes has been the key to West Ham’s encouraging start to the season in an interview with the club’s official website.

Haller fired to the net from long range to end a personal goal drought and earn all three points for the Hammers against Sheffield United on Sunday, a victory which sealed the Irons’ best start to a campaign for five seasons.

The 26-year-old, who often divides opinion amongst the Hammers faithful, named togetherness and the ‘solidarity’ of the squad as the two key contributors to the promising start.

He said: “It is our strength, we know that we need to be all together, stick together with solidarity. We can see on the pitch that we try to work for our teammates.”

Having recently made a goalscoring start to his international career, Haller cut a confident figure on Sunday and will be vying to keep his place in the starting lineup this week as Michail Antonio nears a return to full fitness.

It is promising to hear the positivity from the big striker, who had previously looked a shadow of his former Eintracht Frankfurt self.

Haller undoubtedly has all the tools to be a top-class operator in the Premier League, but he has found it hard to nail down a regular starting place for the Irons, partly due to his questionable goal return.

With Moyes unlikely to change formation when the Hammers welcome Aston Villa to London Stadium on Monday night, the Ivorian may have to resume his role as a substitute, with Antonio likely to be involved.

Has Sebastien Haller Earned The Chance To Start On Monday? 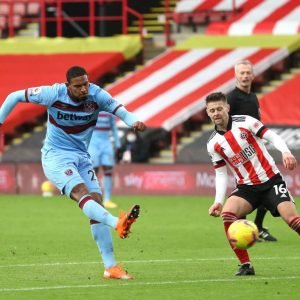 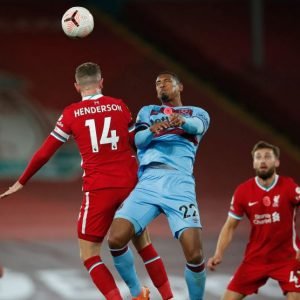