Hammers deadline day signing Said Benrahma is likely to be available to start West Ham’s next fixture against Manchester City having missed the trip to Spurs due to late registration.

The Algerian perhaps couldn’t have wished for a sterner test for his West Ham and Premier League debut as the Irons welcome Pep Guardiola’s men to the London Stadium on Saturday.

However, the 25-year-old winger hasn’t shied away from the limelight during his career in England to this point and should be relishing this next challenge.

Despite only being days into life at his new club, Benrahma should be match ready having already played three times this season for Brentford as well as appearing during the international break for Algeria.

Therefore David Moyes should throw his new man straight into the deep end on Saturday and pick him in the starting XI.

Benrahma has the quality to turn a game on his own, and in an encounter whereby the Hammers are likely to concede much of the possession to their opponents, having players like him with the ability to produce during the fleeting moments of attacking prowess, could prove crucial.

West Ham were somewhat flattered by the 3-3 comeback draw against Tottenham on Sunday having looked bereft of ideas for the most part and seemingly being out of the game in the early stages.

The Hammers showed a desire and resilience in order to turn the game around, as well as showing high quality, in particular, that strike from Manuel Lanzini, against Spurs, however, they will require all of that and a heightened level of quality on the ball if they are going to earn anything against a title-chasing City side – something Benrahma could well provide.

Predominantly used as a left-winger in his time at Brentford, Benrahma was outstanding last season in the Championship scoring 17 times and assisting teammates on 9 occasions.

Should Moyes opt to give his initial loan star his debut, it could well be in the place of Pablo Fornals, who struggled to influence proceedings against Tottenham.

Should Said Benrahma Start On Saturday? 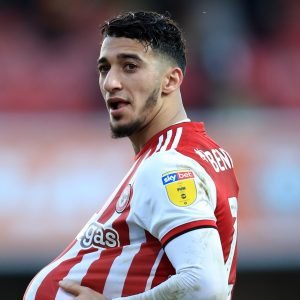 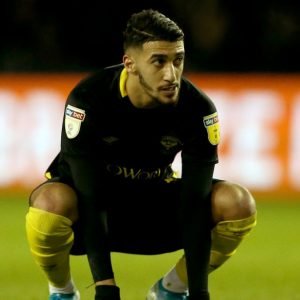