West Ham playmaker Manuel Lanzini completed a wonderful Hammers comeback against Tottenham in the dying moments as his 25-yard strike whistled into the top right-hand corner to make it 3-3.

The stunning goal was greeted by jubilation all around the east London contingent inside the Tottenham Hotspur Stadium as the Argentine earned David Moyes’ side what seemed at one stage a highly unlikely point.

Having been 3-0 down inside the opening 20 minutes, it seems the writing was on the wall for the visitors in the London derby.

However, with just 10 minutes left on the clock, goals from Fabian Balbuena, an own goal from Spurs defender Davinson Sanchez and that last-minute postage stamp effort from Lanzini saw the Irons pull off the most unlikely of turnarounds.

Here’s how Hammers reacted to the goal on Twitter…

Twitter: you can see how much that meant to lanzini as well, our jewel is back

Twitter: @WestHam Lanzini showing Bale how to do it! (@SKirky7)

Twitter: @WestHam Manu my god I love you man !!!!! What a complete pile on as our beautiful Lanzini is back for good you gorgeous little jewel

A simply sublime goal from the 27-year-old who deserves all the plaudits having come off the bench to make such an impact.

An early contender for any goal of the season award from the Argentinian who’s effort with the outside of his right foot constantly drifted away from the outstretched Huglo Loris in the Tottenham goal.

Is Manuel Lanzini's Goal The Best For West Ham This Season? 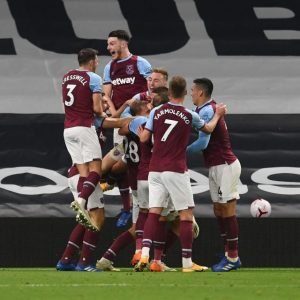 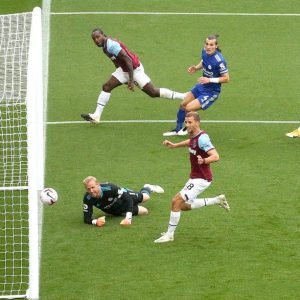