Declan Rice has been one of the only things to smile about for West Ham United fans this season and is still attracting interest from Manchester United.

The 20-year-old has featured in all 21 Premier League games this season and has made 67 tackles, the fourth most out of every other player.

According to the Daily Mail, Ole Gunnar Solskjaer sent his personal scout, Simon Wells to watch Rice in Friday’s 1-0 defeat against Sheffield United.

Rice thought he’d provided the assist for Robert Snodgrass’ stoppage time equaliser at Bramall Lane before VAR played the villain by ruling it out.

Considering Rice’s status as a young Englishman establishing himself as a regular in both the Premier League and for his country, Man United’s interest comes as no surprise.

Solskjaer has already heavily targeted British talent during his tenure as manager with the captures of Harry Maguire, Aaron Wan-Bissaka and Daniel James.

I think if West Ham’s struggles on and off the pitch continue, Rice would be well within his right to take a step up and make the big move he deserves.

He’s crucial in David Moyes’ plans though and could help the former United boss turn things around at the London Stadium.

You probably shouldn’t expect any movement this month due to Rice’s importance, but nothing can be ruled out.

Will Declan Rice be at West Ham next season? 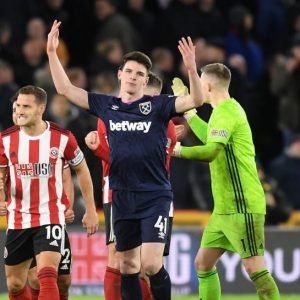 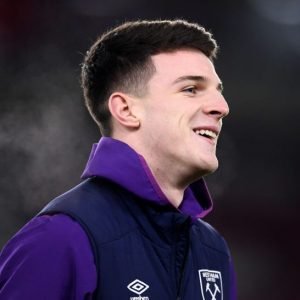