Nico Schira, the Italian journalist who broke the news about Sebastien Haller’s summer arrival, has thrown a new target in the mix though.

According to Schira, West Ham have enquired about taking Inter Milan midfielder Roberto Gagliardini on loan.

However, the report claims Inter don’t want to let the 25-year-old box-to-box ace leave this month, thwarting the Hammers’ chances.

20-year-old Declan Rice is currently the only established defensive midfielder at David Moyes’ disposal, with Carlos Sanchez his only other option.

Gagliardini is described as strong and energetic with a high work-rate, which makes him sound like a good candidate.

I think West Ham will have to be a bit more realistic and focus on alternatives though; Stoke City’s Joe Allen and Genk’s Sander Berge are still firmly in the picture.

If the Hammers are to progress at all under Moyes this season, it could be crucial that reinforcements are recruited before the deadline.

We believe this report can be forgotten quickly considering Inter’s unwillingness to part ways though, but we’ll hopefully still see a midfield arrival this month.

Do West Ham need to sign a midfielder permanently? 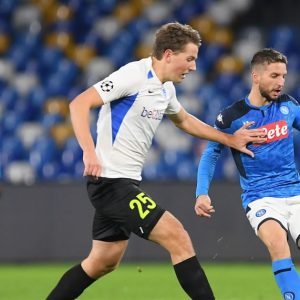 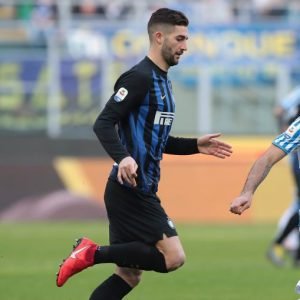