West Ham have once again been linked with a move for Marseille defender Duje Caleta-Car this month.

The Hammers are believed to hold a long-standing interest in the 25-year-old Croatian and could finally make a swoop in the final days of the transfer window.

According to a report from Sky Sports, the French Ligue 1 club would only be interested in sanctioning a permanent departure as the east London club weighed up a loan offer.

That news was relayed by popular Twitter account West Ham News & Views and caused a stir among the fanbase.

No brainer – at his age, we'll get at least that back if we decide to sell on

Get it done!.. That's peanuts in today's market

Please make it happen. We cannot go the whole window without a signing

If it's a little as 17mill it should be done already

What we waiting for

MAKE IT HAPPEN, I’LL BE KNEE-SLIDING ACROSS MY CARPET https://t.co/eSeMtJ4Wxy

This season Caleta-Car has scored once in 15 appearances across all competitions – earning a 7.15 average Sofascore rating in 11 league outings.

Valued at £13.4million and under contract in France until 2023 (Transfermarkt), signing the Croatian for the mooted £17million fee would be superb value for money.

Previously touted as a possible target for Liverpool, Manchester City and Manchester United, it’s apparent there is a genuine talent available.

Vastly experienced having amassed 273 career appearances, Caleta-Car would be able to slot immediately into Moyes’ ranks whilst also being a long term investment.

Would Duje Caleta-Car Be A Good Signing? 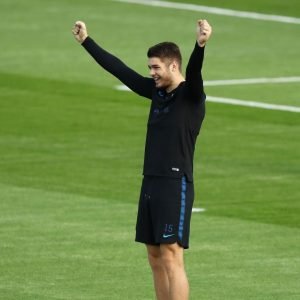 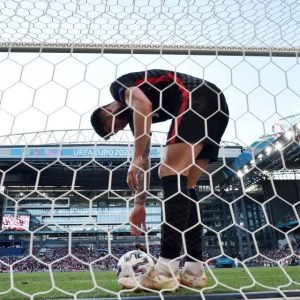