West Ham might’ve crashed out of the Carabao Cup against Tottenham but Jarrod Bowen and Nikola Vlasic came away with huge plaudits.

The Hammers were beaten 2-1 in North London as David Moyes’ side were eliminated at the quarter-final stage.

However, despite huge criticism for Issa Diop on the night, Daniel Gabbidon was hugely impressed with Bowen’s goal whilst on Sky Sports.

First-class finish that from Bowen. Outstanding really. It’s a touch of genius from him.

Nikola Vlašić has been very impressive so far for West Ham. Always looking to make things happen in the final third through dangerous crosses into the box and composure in tight areas. Beginning to show his qualities.

Nikola Vlasic was incredible last night! His pace, skills & strength were causing Spurs so many problems, as well as the fact he ran his socks off from the start.

Definitely deserves a start on Sunday and with Antonio having COVID, he should slot in perfectly.

I thought they were all excellent.

So far this season Vlasic has provided three assists in 19 appearances across all competitions.

Superb yet again from Bowen.

The former Hull City man is coming to the fore in a big way this season and is currently providing the level of consistent performance Vlasic longs for.

Despite making a slow start to life in East London, the Croatian certainly possesses plenty of quality and displays such as this act as a welcome reminder for supporters to remain patient.

Will Nikola Vlasic Be A Success At West Ham? 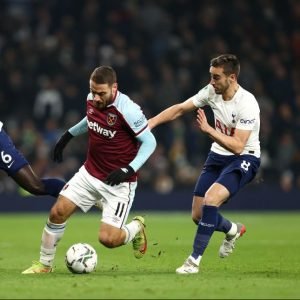 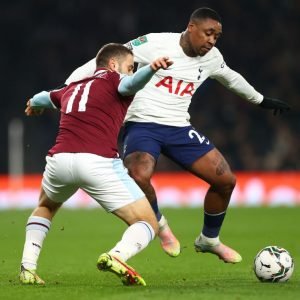