West Ham were denied victory late on against Brighton & Hove Albion by a Neal Maupay wondergoal.

The Hammers might’ve felt they had done enough to earn all three points before the Frenchman acrobatically fired past Lukasz Fabianski.

Combative midfielder Tomas Soucek had given the Irons the lead in the first half – just the Czech ace’s second goal of the season.

Despite the disappointing result, Chris Sutton was left amazed whilst commentating for Premier League Productions by David Moyes’ side in the build-up to the goal.

What a ball this is from Fornals! Soucek is so dangerous in the air. He is standing on the line, but the goalkeeper trips off him. Such a clever, deft header from Soucek. Into the goal, no chance for Sanchez.

Moyes’ side are now without a win in three games and will be looking to rectify that with victory against Premier League leaders Chelsea.

If only there had been more moments of quality like this.

Soucek getting back amongst the goalscorers was a positive to take having been relatively unthreatening this season following a superb 2020/21.

Hammers fans will hope that this was the beginning of a resurgence for the £37.8million valued midfield star. 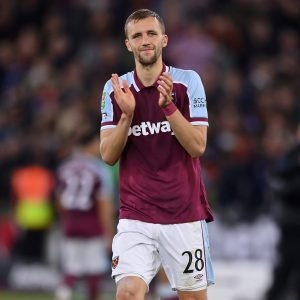 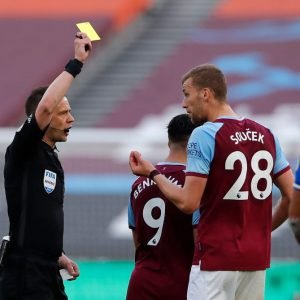