Despite defeat against Wolves at Molineux, the Hammers remained in the top four and David Myes’ side can be delighted with their start to the season.

Awash with strong performers across the squad, names such as Michail Antonio, Pablo Fornals and Declan Rice often get the headlines.

Speaking on talkSPORT Breakfast (Saturday 20 November 7:30am), Cascarino singled out Cresswell for praise.

Talk about unsung heroes, I think Cresswell has been brilliant for them at left-back this year. I thought as he gets older his place would be in jeopardy – it’s not.

So far this season the 31-year-old has earned a superb 7.18 average Sofascore rating from 12 Premier League outings – including a West Ham high 7.40 against Wolves.

Signed from Ipswich Town in 2015, Cresswell has scored nine and provided 31 assists in 268 appearances for the club.

Every so often a pundit recognises the excellence and longevity of the experienced Iron.

Now valued at £4.5million and under contract at the London Stadium until 2023 (Transfermarkt), at present there are no signs of the Liverpudlian dropping off. 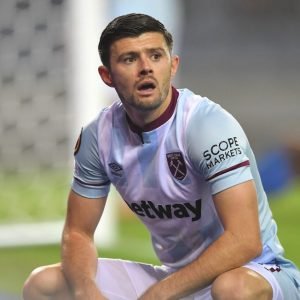