The Hammers have been heavily linked with a move for the 27-year-old in recent weeks as it emerged the Italy international is unlikely to extend a contract in Turin.

Belotti is out of contract at the end of the season and could leave for free next summer or for a likely lesser fee in January.

Speaking to Football Insider, Kenny was eulogising over the potential capture.

He’s got a goal nearly every other game for Torino and quite a few Italy caps. He’s 27, so he’s a good age for a striker. He isn’t very big and he’d be a different striker to Antonio at West Ham. At £15m? That sounds like a bargain. I don’t see why he wouldn’t want to go to a team like West Ham too. He knows where the back of the net is. That’s an incredible record. It could potentially be a very, very good signing for them. In this day and age, £15m is pennies, not a big gamble at all. He’d give them something different up front and that can only be a good thing.

Capped on 39 occasions by Italy at the senior level, Belotti is expected to be available for around £15million this winter.

So far this season, the man described as being ‘better than‘ Argentina legend Gabriel Batistuta by Fabio Capelli, has scored once in four Serie A appearances.

Valued at £31.50million (Transfermarkt), the opportunity to sign Belotti for £15million or indeed for free is a no-brainer.

David Moyes is in need of additional striker options and the Italian’s 151 career goals make the ace the ideal candidate.

Strong in the air and capable of linking up play from a central position, Belotti can play as either a lone frontman or potentially alongside Michail Antonio. 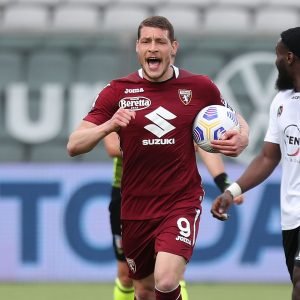 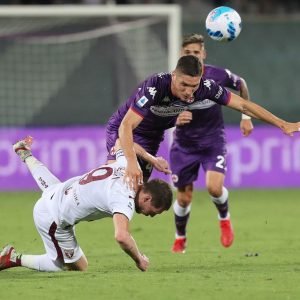