West Ham were reported to be interested in Rangers defender Connor Goldson during the summer amid stalling contract negotiations.

The Hammers were then said to be ‘monitoring the situation‘ surrounding the 28-year-old as a possible long term replacement for either Angelo Ogbonna or Craig Dawson.

Now, as the contract impasse continues, Goldson has spoken out about his future as cited by Sky Sports Scotland on Twitter.

No, I haven’t heard anything. I haven’t really spoken to my agent or the club recently so I couldn’t tell you where it’s at but I’m just focused on the club, playing football & making sure this club wins.

Since arriving at Rangers the former Brighton & Hove Albion centre-back has been a revelation – chipping in with eight goals last season.

So far this term the Englishman once hailed as ‘outstanding’ by manager Steven Gerrard has earned an impressive 7.15 Sofascore rating from eight Scottish Premiership outings.

Aged 33 and 31 respectively, David Moyes will already have one eye on replacing Ogbonna and Dawson in the Irons’ squad.

Valued at £6.75million and out of contract in eight months (Transfermarkt), signing Goldson for free is an opportunity not to be missed.

Despite only playing on three occasions in the Premier League, the 6’2 ace now boasts title-winning credentials as well as extensive Europa League experience. 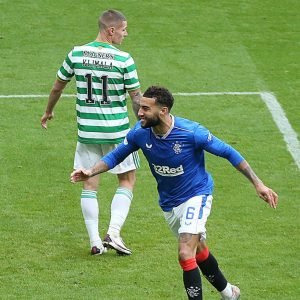 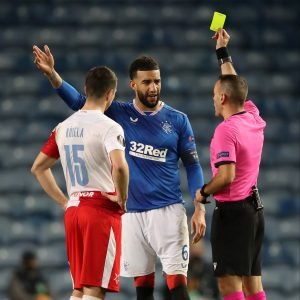