West Ham have been named as the club ‘best placed’ to sign Barcelona goalkeeper Neto.

The Hammers are believed to be keen on the wantaway stopper as a replacement for veteran number one Lukasz Fabianski.

Despite completing the loan signing of Alphonse Areola from Paris Saint-Germain in the summer, another new ‘keeper could be coming through the door.

That’s according to a report from Spanish outlet Sport, as cited by BarçaTimes on Twitter claiming that David Moyes wants the Brazilian.

The report claims that Barca would demand €18million (£15million) for the 32-year-old once capped ace.

Neto has amassed 258 senior appearances across spells at Fiorentina, Valencia, Juventus and Club Athletico Paranaense prior to arriving at the Camp Nou.

This season the perennial backup has made two La Liga appearances.

Fabianski’s future remains one of the more puzzling aspects of the current Irons’ squad.

Out of contract at the end of the season, the Polish ace continues to perform admirably and is still arguably the number one choice for Moyes in the Premier League.

Making the Areola deal permanent next summer should be a no-brainer and therefore Neto could be the instant number two in east London.

It also remains imminently possible young stopper Nathan Trott could return to play a part in the first-team fold.

Valued at £4.5million and under contract until 2023 at Barcelona (Transfermarkt), spending the mooted £15million asking price on the Brazilian seems unnecessary. 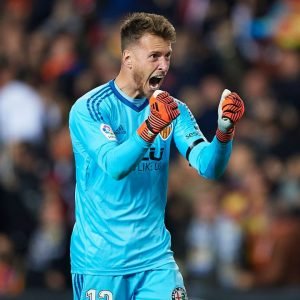 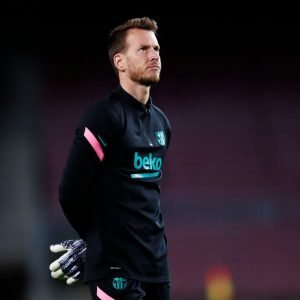