Former England goalkeeper Paul Robinson believes a West Ham return could be ‘on the cards’ for Jesse Lingard.

This comes after the Manchester United attacking midfielder admitted that he would need to find regular football in order to hold down a spot in Gareth Southgate’s plans.

Despite rarely featuring at Old Trafford this season the 28-year-old was named in the starting lineup as the Three Lions cruised past Andorra.

However, speaking to Football Insider, Robinson claimed that Lingard may still seek a future elsewhere in order to ensure participation in next year’s FIFA World Cup.

A return to West Ham could be on the cards judging by that. If Lingard wants any kind of international career he needs to be getting regular starts. I don’t think a bit-part role at Man United is going to be enough for him. He played well against Andorra. I’m a big fan of his. I really like the way he plays. He looks a completely different player since he’s come back from West Ham. The worry would be that he regresses again as his game time reduces. He is not getting the minutes that he wants. There will be a couple of exits from Man United in January. Lingard could well be one of them. I think there will be activity there.

So far this season the 32-cap ace has scored twice and provided one assist in six outings across all competitions – only playing 45 minutes in the Premier League.

Lingard was truly sensational whilst on loan at the London Stadium last term and a permanent summer transfer seemed almost inevitable.

As that failed to materialise the Hammers instead move for Nikola Vlasic – completing the signing on deadline day.

Whether Irons’ boss David Moyes would still hold an interest in the versatile £19.8million valued star is debatable.

Out of contract in the summer, perhaps waiting until then would be the best ploy. 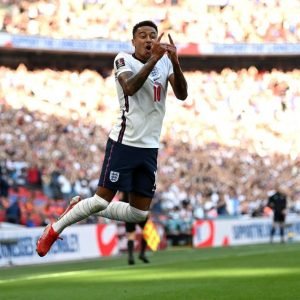 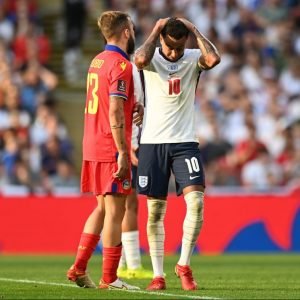