West Ham could face a Leeds United side without up to seven key first-team players on Saturday.

The Hammers make the trip to Yorkshire on the back of a Carabao Cup victory over Manchester United this week.

Brimming with confidence from a strong start to the season, David Moyes‘ side may have more reasons to be cheerful whilst heading to Elland Road.

Leeds boss Marcelo Bielsa has confirmed that the hosts are likely to be without Patrick Bamford, Diego Llorente and Robin Koch – whilst Pascal Struijk is suspended and three others are major doubts.

In stark contrast, Moyes looks to have almost a fully fit squad to choose from with the exception of Ryan Fredericks, who was replaced early on at Old Trafford.

Following a strong first season back in the top flight last term, the Yorkshire club are yet to taste success in 2021/22 and the Irons will be confident of their chances.

Make no bones about it, the potential absentees are huge dents to Leeds United and therefore big bonuses to the Hammers.

Albeit a challenging proposition regardless of personnel, Moyes’ changes task will be made easier by the numerous key players missing the clash.

Bamford in particular will be a big miss for the hosts, having topped the club’s scoring charts last season with 17 league goals in 2020/21. 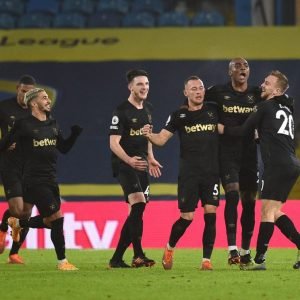 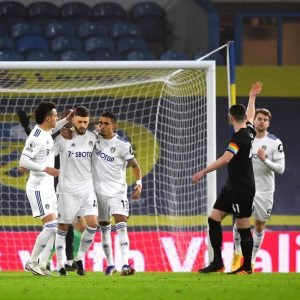