This comes as the Hammers are linked with a move for the 26-year-old Frenchman in order to resolve a central defensive dilemma at the London Stadium.

Speaking to Football Insider, Whelan backed the Irons to land the eight-cap star and moreover for the move to be a success.

West Ham are looking at players that will make that transition very easily, so I can see it. In London still, he doesn’t have to move. It’d be an easy transition for him to travel that little bit further to West Ham. At the same time, he also knows the Premier League. He’s been here a number of years now. A player I still don’t think Chelsea have managed to see the best of. I still think there’s more in his game. Maybe he needs that stability and that 90 minutes week in, week out. Given that opportunity, it’s up to him to keep that place. I don’t think most people will want to play against him. He’s very big, powerful, strong, quick and a threat in the air. When you’re going into Europe, you need certain players that can handle those occasions and evenings. He’s definitely one that has that experience.

Previously an eternal loanee during a lengthy career in west London, Zouma had become a mainstay in the side at Stamford Bridge last season.

However, as new manager Thomas Tuchel puts a stamp on the squad and looks to sign Sevilla star Jules Kounde, the £28.8million valued man could be deemed surplus to requirements.

David Moyes would undoubtedly be delighted to land Zouma this summer having tried in vain to sign James Tarkowski previously.

Clearly in need of additional central defensive options as the Irons venture into the Europa League, the French ace could be the ideal candidate at the right price.

Having made 165 Premier League career appearances, the ace once billed as the ‘new Marcel Desailly’ by Jose Mourinho certainly possesses the top-level experience to slot straight in at West Ham. 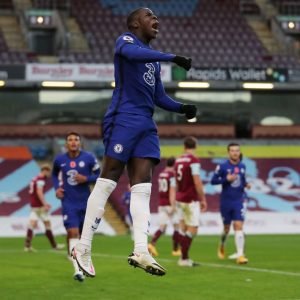 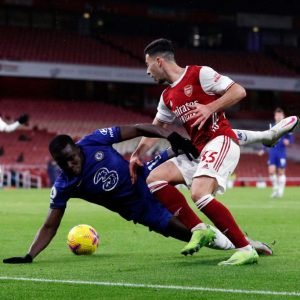