Former West Ham winger Trevor Sinclair has been pleading with current star Declan Rice to remain a Hammer beyond this summer at least.

This comes as speculation once again surrounds the 22-year-old following on from two contract rejections and reignited interest from Chelsea.

On the back of a superb European Championships, Rice has also gained admiration from both Manchester clubs as well as Liverpool and could be subject to a tempting offer in the near future.

Speaking to talkSPORT on Thursday 22 July (8:30am), Sinclair made a case for the midfield enforcer to stay in east London.

I hope he (Rice) stays. I think he’s got a lot more growth at the football club, they’ve given him a great platform. He’s done everything he can do. He’s 22, he’s captain, plays every week, valued by the manager and the fans, his teammates love him – why would you want to force a move? I don’t think he needs to do that. He’s at a great club and he’s valued.

During England’s run to the final and ultimately penalty shoot out despair, Rice earned an average Sofascore rating of 6.81 across seven matches.

Capped 24 times at senior level, the ace has quickly become a mainstay for both club and country.

Prior to a knee injury that ruled him out for six fixtures, Rice had played every minute in the Premier League up until May.

Having inspired the Irons to Europa League qualification last season, walking away from the club now would be a crushing blow.

Although West Ham and perhaps David Moyes’ transfer coffers would be in for a healthy windfall, allowing key assets to leave when the side is seemingly on an upwards trajectory is not a good look.

Valued at £63million and under contract until 2023 at the London Stadium (Transfermarkt), the Irons certainly hold all the cards regarding the future – but all involved will hope it doesn’t come to a head this summer.

Will West Ham Keep Declan Rice Beyond This Summer? 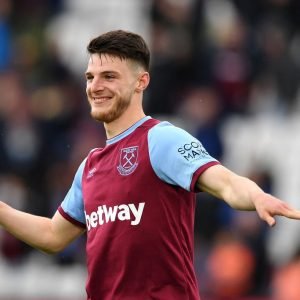 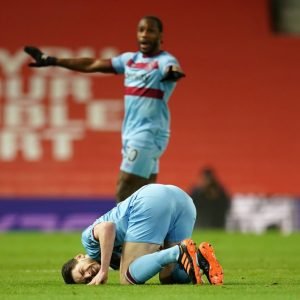