West Ham are desperately seeking a striker this summer in order to offer competition and potential respite to Michail Antonio.

Following the departure of Sebastien Haller to Ajax in January, David Moyes will be reticent to head into the new season without adequately replacing the Ivorian.

This had led to a number of potential targets and links with all and sundry, including Barcelona forward Martin Braithwaite.

Now, according to Spanish outlet Sport, as cited by Sport Witness on Twitter, the 30-year-old Danish ace has set out his preferred destination.

It’s claimed that there has been interest forthcoming from Brighton whilst reports elsewhere have suggested it will take a fee in the region of around £13million to land the Dane.

Signed under emergency circumstances in February 2020, Braithwaite has notched eight goals and four assists in 53 outings for the Catalan giants.

Capped 56 times by Denmark and with 93 career goals already in the bag, Braithwaite would provide a relatively low-cost reliable option for the Irons.

Having proven to still be of a level required during the European Championships, the Dane would still be a worthwhile acquisition – perhaps alongside an additional, younger option.

Capable of playing across the frontline, Moyes would benefit immensely from adding a player of Braithwaite’s quality and experience to the ranks at the London Stadium. 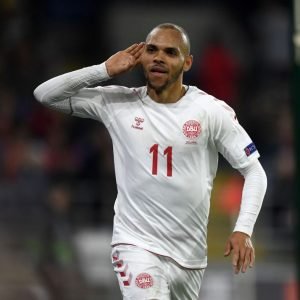 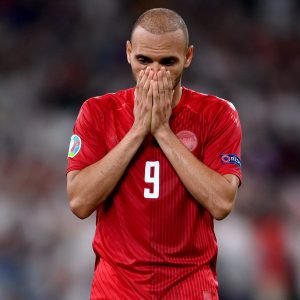