West Ham midfielder Declan Rice has quickly established himself as a mainstay for both club and country with his performances.

An all-energy central midfielder with superb in-game awareness, at just 22-years-old the Hammer is expected to play an integral part in Gareth Southgate’s side when the Euros kick off this weekend.

As England prepare to begin the tournament with a mouth-watering clash against Croatia on Sunday afternoon, punditry duo Micah Richards and Roy Keane have been discussing the possible starting XIs.

The pair discussed the selection as part of Sky Sports’ ‘Road To Wembley’ series and Keane was adamant Rice is a shoo-in.

He’ll (Southgate) definitely go with Rice in there.

Richards was quick to back up the Irishman before discussing the possible alternatives in Leeds United ace Kalvin Phillips and Jordan Henderson were anything untoward to happen to the Iron.

Already capped 17 times by England at senior level, the £58.5million valued midfielder will be hoping to add to that figure in a big way over the coming weeks.

In 2020/21 Rice made 35 appearances across all competitions – scoring two goals and registering one assist.

The Englishman is likely to play a huge role in the upcoming tournament as the talented group looks to end a long wait for major honours.

Should the pundits be correct in claiming Rice is a must-starter – perhaps throughout the competition – he could quickly find himself confronted by West Ham teammates Tomas Soucek and Vladimir Coufal when England face the Czech Republic on matchday three.

Should Declan Rice Start For England? 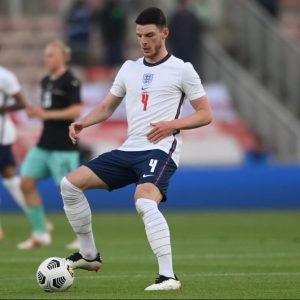 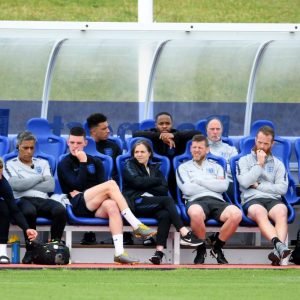