Fresh off the back of correctly predicting a 1-1 West Ham draw with Brighton on Saturday night, Mark Lawrenson has backed the east Londoners to return to winning ways against West Brom on Wednesday.

The Irons are in need of the points to ensure their European charge doesn’t fall flat and a clash with an already relegated Baggies, managed by former Hammers boss, Sam Allardyce, could provide the perfect tonic.

Lawrenson has this week told his BBC Sport prediction column that he believes David Moyes’ men will indeed prevail with a crucial 2-0 victory.

West Ham have run out of steam in the past few weeks, and their results have tailed off at the worst possible time for their top-four hopes. The Hammers have gone off the boil, but they have not been playing poorly, and they have not had any breaks. West Brom put up a heck of a fight against Liverpool on Sunday, but I’m going with West Ham to bounce back here.

Whilst the last remaining two UEFA Champions League spots look likely to be fought out by Chelsea, Leicester and Liverpool, Moyes’ men need at least one win from their final two fixtures to ensure Europa League football next season.

Not even the welcome return of Declan Rice to the starting lineup was enough to see West Ham earn three points and keep their faint top-four dream alive on the weekend.

Having enjoyed a remarkable 2020/21 campaign all told, the Hammers faithful will be desperate to see the side sign off in style and have a European tour to look forward to next term.

Victory at The Hawthorns on Wednesday should guarantee a party atmosphere for the 10,000 lucky enough to be in situ on Sunday when the Irons finish the season at the London Stadium against Southampton. 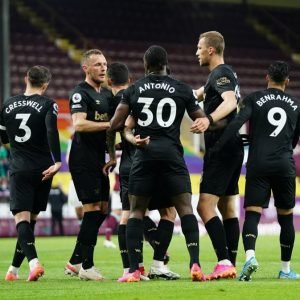 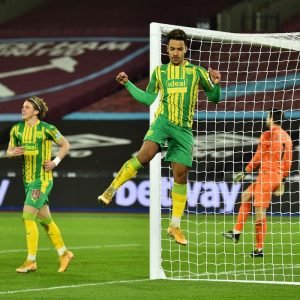