West Ham central midfielder Tomas Soucek has been a hit ever since arriving one at London.

Initially signed on a short-term loan deal, the Czech Republic ace soon earned a permanent deal at the London Stadium and has gone from strength to strength ever since.

Despite arriving in the midst of a pandemic the 26-year-old has taken to life in a new country with aplomb – scoring 12 goals and registering one assist in 51 Hammers outings.

Unsurprisingly Soucek’s form has lead to purported interest from elsewhere, however, the dominant enforcer has told the club’s official website, as cited by West Ham News & Views on Twitter, he is more than happy with life in east London.

Twitter: Tomas Soucek has said in an interview that he wants to live in London for the rest of his life.

The biggest thing I am enjoying about life in England is the football: the training ground and the stadium. I am a little bit sad that stadiums are without fans, because the biggest thing for me – why I wanted to play here – is the quality of the players, of the teams, and especially of the fans. I miss them because I’d only played in front of them for five games, and I really look forward to them coming back.

Soucek also spoke about training on Hackney Marshes during the first lockdown and named his favourite Irons moment thus far as a 3-2 win over Chelsea last season.

David Moyes has a real gem on his hands in Soucek, especially alongside Declan Rice.

Building a team around that midfield duo with some smart additions to the squad could see the Irons in strong stead for many years to come.

Perhaps the Czech star might’ve been better served not giving away his love for Hackney Marshes – given he is currently househunting in order to escape adoring fans. 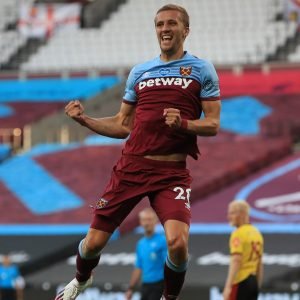 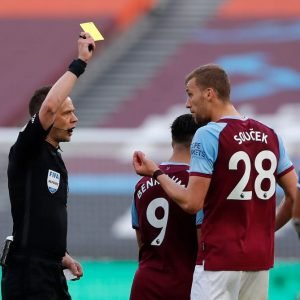