West Ham are believed to be interested in Stoke City centre-back Harry Souttar.

Irons boss David Moyes has long since prioritised bolstering the defensive ranks at the London Stadium, falling short in the quest to sign James Tarkowski from Burnley last summer.

Having landed Craig Dawson on a season-long loan deal from Watford instead, the experienced defender has earned a permanent switch to the Hammers.

As the summer transfer window approaches once more, Moyes could turn his attention to the position – especially as Fabian Balbuena’s east London stay looks to be drawing to an end.

According to a report from Lancs Live and West Ham Fan Zone on Twitter, 6’6 Australian international Souttat could fit the bill.

This season Souttar, who has described as ‘exemplary’ by Joey Barton during a loan spell with Fleetwood Town, has played 38 times in the Championship, earning an impressive 7.05 Sofascore rating along the way.

Unsurprisingly the towering defender possesses unrivalled aerial ability and would offer a threat in both penalty areas.

Stoke are somewhat languishing in mid-table and could be tempted to sell the £3.5million valued man for the right money this summer.

There is a sting for the Hammers, however, as both Burnley and Wolves are also credited with an interest in the defender – although the lure of European football could see Moyes’ men win the race. 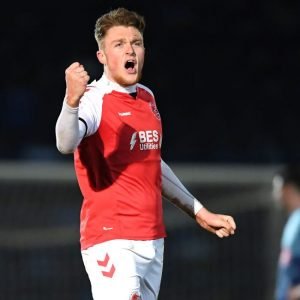 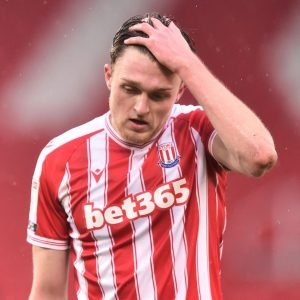