Former Premier League striker Kevin Phillips has admitted claims Declan Rice is ‘too slow’ for Manchester United are wide of the mark.

This follows a report from West Ham insiders Claret and Hugh, claiming sources inside Old Trafford have been put off making a move for Rice given his £100m price tag and lack of pace.

Red Devils’ manager Ole Gunnar Solksjaer was believed to be considering a move for the 22-year-old this summer after the Hammers ace continued to impress in east London.

Phillips, a former European Golden Boot winner, has lamented the suggestions in an interview with Football Insider.

I do not think it is a fair assessment saying Rice is too slow. I think he covers the ground quite well. He is a bit like Jordan Henderson. It is not his kind of role. It amazes me when people say he is too slow. Look at McTominay, I’d say Declan is a bit quicker than him. He a lot of great qualities and one of them is that he reads the game really well. When you read the game as well as he does you do not need to be quick. I think that is a harsh assessment of him. It is great news for West Ham though. The more that pull out the better for them! David Moyes will be hoping they all think he is too slow!

Rice had played every minute in the league prior to picking up a knee injury whilst away on international duty – earning an average Sofascore rating of 7.09 across 29 appearances.

Moyes would certainly be more than happy for the football world to believe his talisman and Irons’ captain in the making is indeed too slow.

Realistically it’s a bizarre claim, as Rice has never looked short on pace, or any other attribute for that matter, as the 15-cap England man bosses Premier League midfielders, alongside Tomas Soucek, up and down the country.

Do You Worry About Declan Rice's Pace? 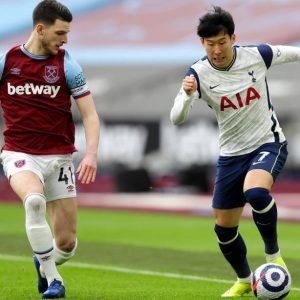 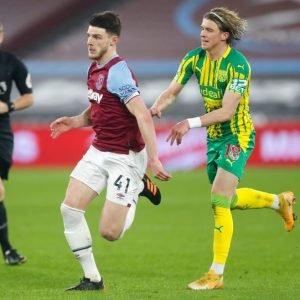