Amid interest from Manchester United manager Ole Gunnar Solksjaer to take the 28-year-old back to Old Trafford where he started his career, it is believed Johnstone would prefer to link up with David Moyes.

That’s according to a report from Daily Star Sport, as cited by West Ham Central on Twitter.

Despite being seemingly doomed to relegation the Baggies’ struggles this season haven’t extended to Johnstone, who has remained an impressive figure for Sam Allardyce’s side.

Across 33 Premier League outings the England youth international has earned an impressive average Sofascore rating of 7.08 with recent ratings above 8.00 in the last two fixtures.

Signing a goalkeeper may not feature as a priority for Moyes this summer given Lukasz Fabianski‘s continued longevity.

However, if the Hammers are going to delve into the market for a stopper then Johnstone would be a safe bet.

Fabianski, who has averaged 6.82 with Sofascore this season, will turn 37 before the end of the 2021/22 campaign and recent injuries to both the Pole and Darren Randolph suggest a reliable understudy is required at the very least.

Valued at just £5.4m, signing Johnstone would allow Moyes the freedom to bolster his squad in multiple areas. 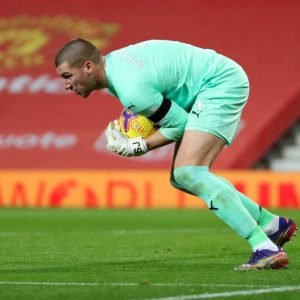