West Ham central midfielder Tomas Soucek has been leading the way ever since he became a permanent Hammer last summer.

Signed from Slavia Prague on a four-year contract for £15m (Sky Sports), Soucek has been an inspiration at the heart of the Irons midfield – driving David Moyes’ side to the verge of an unlikely top-four finish.

As Moyes’ men came from behind on Monday night to beat Burnley 2-1 at Turf Moor, the 26-year-old was once again at the centre of everything that was impressive from the east Londoners.

Now a remarkable stat has emerged via the club’s official Twitter account showing the 6’3 enforcer won more headers over the bank holiday weekend fixtures than most teams.

All told, Soucek earned an average Sofascore rating of 7.20 for his performance as the 17 aerial duel successes came from 21 battles, as well as winning one ground duel during his expert 90-minute display.

This season Soucek, who was held as the best in his position in the Premier League by Jamie Carragher, has scored nine league goals – an incredible return from a perceived defensive-minded midfielder.

An individual outperforming a host of top-flight teams in any capacity is a stunning feat, one that the Czech juggernaut can be immensely pleased about.

Has Tomas Soucek Been West Ham's Best Player This Season? 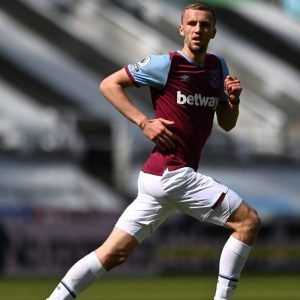 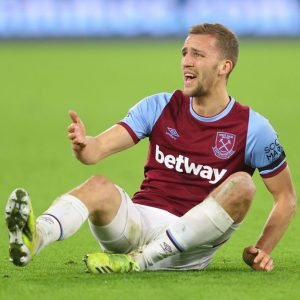