Former Premier League and England goalkeeper has claimed West Ham manager David Moyes will be looking to sign a top defender this summer.

This follows a report from Eurosport claiming the Hammers could look to sign lesser-seen Manchester United ace Phil Jones.

Although much of the 29-year-old’s absence can be put down to injury, there’s no doubt the versatile defender has been largely frozen out at Old Trafford and could be on the lookout for more first-team action.

However, Robinson, who played 375 times in the top flight and earned 41 caps, has told Football Insider that Moyes will be on the lookout for higher-quality options.

Let’s be honest, he’s too injury prone. He has still got a lot to prove in his career for me. It has been and up and down for him at Manchester United and it is vital for him that he does somewhere, stays fit and plays next year. He needs a good run of games. I do not think he will be at the level David Moyes demands at the moment. I think Moyes will be looking for a player a-level-and-a-half better if you like. Jones has been exposed at times.

Robinson went on to say that the Irons boss would be looking for a ‘next level’ player to bolster his squad.

Whilst Jones still has plenty to offer at the highest level, and many may point to the turnaround in fortunes Moyes has coaxed from Jesse Lingard, the signing of the one time £17.3m man wouldn’t fill Hammers with confidence.

West Ham have already strengthened their defensive ranks to the tune of Frederik Alves, Vladimir Coufal and are on the brink of adding Craig Dawson, leaving little room for any further additions.

Would Phil Jones Be A Good Signing? 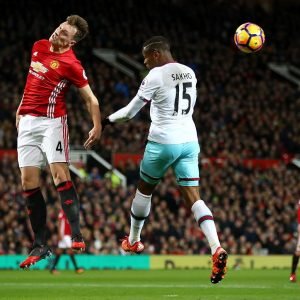 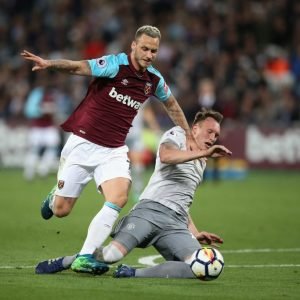