David Moyes’ side remains in pursuit of UEFA Champions League qualification for next season, sitting in fourth place ahead of the seven-game run in.

Having recently afforded themselves some breathing space, Steve Bruce’s men will be looking to all but secure their top-flight status this afternoon, and both Lawrenson and his guest predictor on the BBC column are calling an upset.

I’m going for a bit of an upset here, partly because I think Newcastle usually pick up points in bursts and also because they also have Allan Saint-Maximin and Callum Wilson to come into their starting XI after the impact they made off the bench against the Clarets.

Soccer AM stalwart Tubes also predicted a victory for the hosts, plumping for a 2-1 Newcastle victory, whilst the former Republic of Ireland centre-back suggested a 2-0 home win could be on the cards.

However, as Lawrenson himself alludes to, this wouldn’t be the first time he has predicted pain for the Hammers, only to be proven off the mark.

I am going for the Hammers to lose this time but I am sure they won’t mind – I also thought they would be beaten by the Foxes and, before then Wolves, and I was wrong on both occasions.

West Ham have been proving doubters wrong all season so it’s unlikely the Irons will be perturbed by any as the season reaches its critical point.

Having performed so impressively up until now, Moyes knows his Irons are just a handful of games away from a remarkable achievement.

That said, the Magpies have gained some confidence of late and will be buoyed by the return to fitness of some key players – making the 12.30pm kick-off no foregone conclusion despite the disparity in league position. 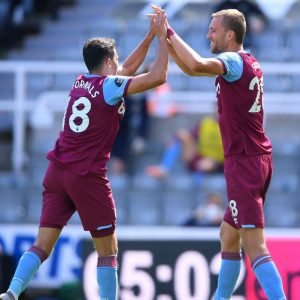 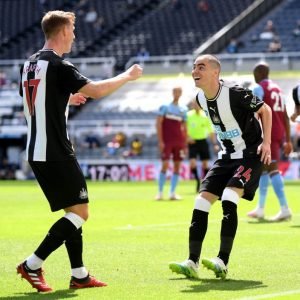