Former West Ham winger Trevor Sinclair has leapt to the defence of the fanbase after talkSPORT reporter Ian Abrahams attributed this season’s success to their absence from the London Stadium.

Abrahams, commonly known as the ‘Moose’ is himself a Hammer, made the claim whilst appearing on the station’s Breakfast show with Alan Brazil (06:00am 16/04/21): “I do think that without fans the pressure has been taken off the players.”

However, Sinclair, who made 196 appearances for the club as a player, was quick to kibosh the notion.

The only time West Ham fans will have a go is if you’re not pulling your weight, not giving 100% and you’re getting beat, so what Moose is saying is a load of old nonsense and disgraceful. When they’re singing your name and they’re behind the team they are absolutely unbelievable. So Moose, hang your head in shame that is a shambles.

David Moyes’ side could take a giant step towards European qualification this weekend with a win at St James’ Park against relegation-threatened Newcastle, having narrowly avoided the drop last season themselves.

Whilst few could deny the form without supporters present has transformed, to claim that is the main protagonist is a strange one.

Moyes and his coaching staff set about transforming the fortunes midway through last season and the signings that have followed have played a far greater part in the shift in fortunes.

As things stand the supporters can relish the opportunity to cheer the Irons on against Europe’s elite next season.

Have West Ham Missed Their Supporters? 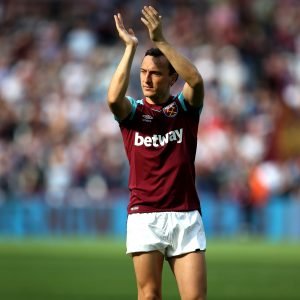 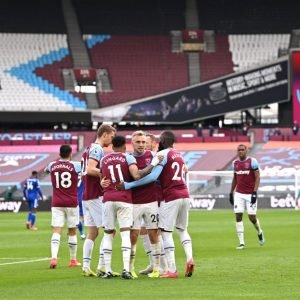