Brentford striker and reported West Ham target Ivan Toney‘s future will boil down to one key factor according to a report from Football London.

Citing the Championship club’s strategic report stating the need to sell players on at a profit in order to remain sustainable and ultimately successful in the division, the report pins Toney’s future all on promotion to the Premier League.

Recalling the recent sales of Ollie Watkins and Neal Maupay to the top-flight having shone in west London, Toney, who has also been linked with Arsenal, is earmarked as being likely to follow in their footsteps should the Bees not earn promotion this term.

Furthermore, it’s stated should Brentford earn a place in the Premier League, it would take ‘obscene money’ to land the 25 goal ace.

However, another season in the Championship could see the 24-year-old sold with the report claiming a ‘fee of close to £30million’ would be acceptable.

David Moyes and hammers fans moreover will be watching Brentford’s results with a keen eye from hereon out following this report.

Despite holding a perceived market value of just £9m according to Transfermarkt, £30m or thereabouts for a player with his goal scoring record at arguably the perfect age to make the step up would be superb business.

Besides, the precedent has been set, both Watkins and Maupay have stepped up successfully and Toney all the attributes to do the same.

In a rather catch-22 way, Toney’s goals could earn promotion and bode well for the striker’s prospects, whilst a slump in form will scupper their chances and his desirability. 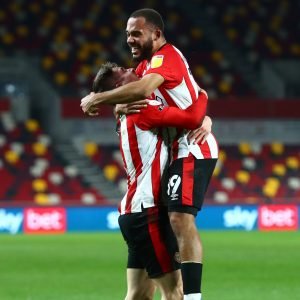 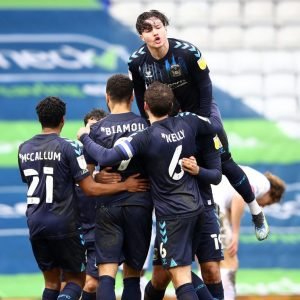