West Ham midfielder Declan Rice has been the topic of discussion on social media after talkSPORT presenters Jim White and Simon Jordan discussed the valuation of the 22-year-old.

Whilst pondering what the summer could have in store were club’s to approach the Irons for Rice, Jordan suggested that offers of around ”£80million, £90m” could be forthcoming.

White added: ”[West Ham part-owner David] Sullivan has already told me it’s got to be north of £100m or they won’t entertain it.”

The club are under no immediate pressure to sell Rice, who is under contract at the London Stadium until 2024. However, interest is almost inevitable in a player who continues to flourish at Premier League level and whose potential knows no bounds.

Twitter: @talkSPORT That’s just silly money for a unproved player, so that’s a no from me

Twitter: @talkSPORT Yes and why would he want to leave? He’s Captain and led his team into Champions League contention.… https://t.co/nF0FCCD0qT (@fairweather62)

People are getting a little too comfortable with these crazy transfer numbers. (@ShaedM)

Twitter: @talkSPORT It doesn’t really matter, he is Priceless to Us! @WestHam #COYI

How Much Is Declan Rice Worth? 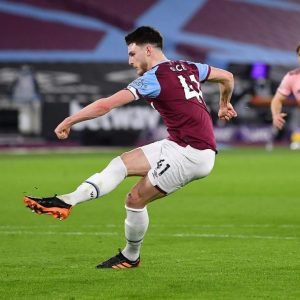 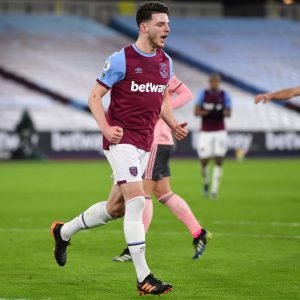 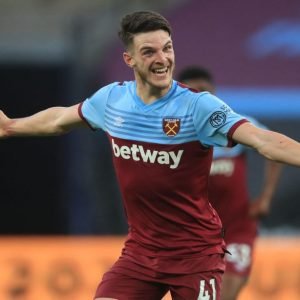